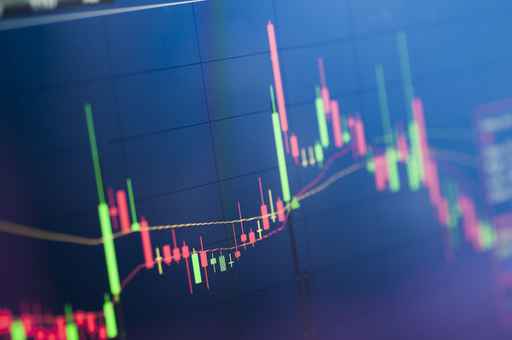 Four trading days into the New Year and the stock market has failed to deliver sustained positive returns. Although the actual decline since the end of 2015 is only 3.77% (S&P 500 12/31/2015 thru 1/7/2016 at 9:05 PDT – Bloomberg, LP), it feels much worse. This is because the timing of this decline coincides with the beginning of a new year. Many investors hope that the exchange of calendars will provide a fresh start to generate positive investment returns (misguided – financial markets are a continuum and not yearly segments). -There is also some who believe that the way January goes, so goes the remainder of the year. Although these are popular emotional “waypoints,” neither is very useful in making investment decisions for this year (and both are very dangerous for making long-term investment decisions).

The downturn in stock markets to begin 2016 is not a reason to be discouraged. Based on D’Arcy Capital’s research, the decline in the price of global stocks provides more opportunity than threat. The same influences (China stock markets and oil prices) that are currently driving global stocks lower are the same culprits that did during the summer of 2015 only to see a rebound in the fourth quarter.

• China – The volatility resulting from Chinese stock markets is more structural and not entirely fundamental. Chinese stock markets recently instituted a “circuit breaker” that closes the stock exchanges after a daily decline of 7% in the Shanghai Shenzhen 300 Index (The same NYSE circuit breaker is set at a 20% decline). This restriction actually increases panic selling as traders try to rapidly exit holdings prior to the market closing. It also prevents the necessary “bottom feeders” to enter the market and provide support. As a result of the “circuit breaker,” the Chinese stock market was only open thirty minutes on January 7th. The China Securities Regulatory Commission has since removed this “circuit breaker.” Ultimately, a more freely moving stock exchange creates more value for all investors over time.

• Oil – The price of a barrel of West Texas Intermediate crude has fallen 41% over the last twelve months and 10% since the beginning of 2016 (Bloomberg, LP). Similarly, natural gas prices (Katy Texas Area Natural Gas Spot Price) have declined 19% during the last twelve months and are unchanged in 2016. This significant decline in energy prices has been very negative for stocks in the near-term. It’s been estimated that through November 15th of last year the energy sector has lost over 250,000 jobs, shut down 1,000 rigs, and removed $100 billion in spending (David Wethe – BloombergBusiness 11/20/2015). Poorly financed small cap energy companies have gone away through bankruptcy or takeover. Whenever a major sector like energy suffers, it affects the entire market. This is what is currently happening. The good news is that investors are paying the price now for much bigger benefits later in 2016. The lower price of oil will begin to flow through nearly all company’s income statements to produce higher profit margins. Consumers will also increase other spending as their gasoline and heating costs fall. Over time, lower energy costs are far more positive than negative for investors and consumers.

• Fundamentals – Whenever the stock markets experience a downturn it is most important to understand investment fundamentals and the real drivers of stock valuations to determine if the selloff is a warning or an opportunity. Fundamentals in the U.S. economy remain incredibly strong. During the first eleven months of 2015 the United States created over 2.3 million jobs. Interest rates remain near historical lows and stock valuations are below long-term averages. Energy is cheap and corporate earnings continue to grow. Although it is early, quarterly earnings announcements are positive. Three companies of the S&P 500 (Monsanto, Walgreens, and Constellation Brands) have announced quarterly earnings and all three have exceeded consensus estimates.

What is D’Arcy Capital doing as a result of lower oil prices and Chinese stock market volatility?
D’Arcy capital (similar to late 2015) is continuing to underweight the geographical sector of China and the industry sector of energy. D’Arcy Capital is using Brandes Emerging Market fund to access the long-term value of developing countries. However, this fund was chosen, in part, because it significantly underweights Chinese stocks. The MSCI Emerging Markets Index allocates 21% of assets to China but the Brandes Emerging Market Fund has an exposure of just 7.65% (Morningstar, Inc.). In the D’Arcy Capital Large Cap Value portfolio the exposure to the energy sector is 4.19% while the Russell 1000 Value Index contains a 12.13% allocation.

D’Arcy Capital is using this opportunity to invest available cash into the stock market while maintaining the client-specific overall allocation between stocks and bonds.

D’Arcy Capital has previously printed the expectation that 2016 would not lack for volatility. This continues to remain a theme for the foreseeable future. However, this is the type of volatility every stock investor accepts for the potential of higher rates of return over time. Simply – risk provides returns.