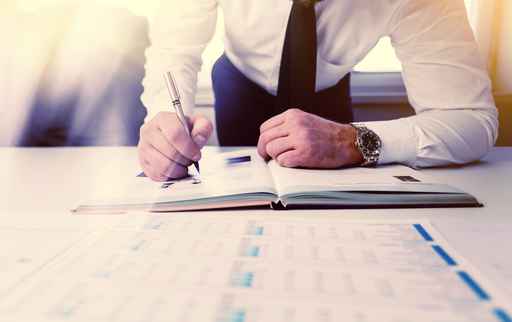 Volatility returned to the stock markets last week as Federal Reserve Chairman Ben Bernanke testified before the Joint Economic Committee (JEC) on May 22nd. The testimony began with Chairman Bernanke reading prepared comments. In these comments the Chairman stated the Federal Reserve would continue providing stimulus to the U.S. economy. He said the Fed was committed to using Quantitative Easing methods until the economy has “substantially improved.” This description gave the impression that the Federal Reserve would remain accommodative until the foreseeable future. After these comments, the value of stocks soared and the Dow Jones Industrial Average gained over 150 points. However, when Mr. Bernanke began taking questions from members of the JEC, the timing for reducing Quantitative Easing became ambiguous. When Mr. Bernanke was asked if a reduction of Quantitative Easing could occur by Labor Day (2013), he responded that he did not know and it would depend on future data. This testimony appeared to contradict his written comments. Well known bond portfolio manager, Bill Gross, accused Chairman Bernanke of “talking out both sides of his mouth.” Stock investors reacted negatively to the idea that quantitative easing may be tapering out of the system. Before the market closed on Wednesday the 150 point increase in the Dow Jones Industrial Average had been replaced with an 80 point loss.

For D’Arcy Capital’s answers to the above questions please keep reading.

Quantitative Easing refers to the practice of the Federal Reserve adding money to the U.S. economic system while keeping interest rates low by purchasing securities (mostly mortgage backed bonds) from commercial banks. Historically, the Federal Reserve made adjustments to interest rates by buying or selling U.S. Treasury bonds. When the Federal Reserve exchanges U.S. dollars for mortgage bonds with a bank it serves to accomplish two things. First, it provides liquidity (cash) so banks have funds to lend to borrowers to buy homes, start businesses, or make purchases. Secondly, it creates demand for existing bonds which drives up the price of bonds and conversely lowers interest rates.

To-date, the U.S. Federal Reserve has orchestrated three different Quantitative Easing programs. These are more commonly referred to as QE1, QE2, and QE3. The current strategy is QE3 and it does not have a definite ending date. Under QE3, the Federal Reserve targets bond purchases of $85 billion per month.

The Misperception of Quantitative Easing

What Bernanke Did When He Testified at the Joint Economic Committee Hearing, and Why?

Chairman Ben Bernanke did not make a slip of the tongue, misspeak, or talk out of both sides of his mouth. Instead, he deliberately created ambiguity surrounding the Federal Reserve’s inevitable elimination of Quantitative Easing. The Federal Reserve is taking a “measured” approach to the reduction of Quantitative Easing. A gradual tapering off of money entering the system must begin with a reduction of investor expectations. The Federal Reserve understands that a sudden change in an accommodative policy would have a major, negative impact on both bond and stock investors. Mr. Bernanke provided the subtlest of indications that the days of Quantitative Easing are numbered. Although subtle, it is clear that we have reached an inflection point with Federal Reserve policy. D’Arcy Capital expects additional subtle and increasingly less subtle indications will continue to “drip” from Mr. Bernanke and his Federal Reserve colleagues. This will not occur without volatility. Just as the stock market experienced last week, these Fed signals will be met by temporary instability in stock prices followed by a rebound.

A pattern of small shocks will be easier to “digest” than a radical change in Fed Policy. Investors should be pleased that the Federal Reserve is planning to exit the securities market. Astute investors may even choose to allocate more funds to stocks during the temporary dips that will occur during Federal Reserve policy announcements. And contrary to what you may hear or read, an improving economy that is not dependent on government intervention provides a better opportunity for investors than an economy built on a foundation of accommodative monetary policy.

The foreshadowing of tighter monetary policy is not putting an end to the advancing stock market. It is also not a time when investors should be changing allocation strategies. It is, most importantly, a signal by the central bank of the United States that the economy is recovering. It is a “checkpoint” on the journey of a reflating economy moving from recession to growth and prosperity. For investors searching for an “all clear” sign in the investing world, Chairman Bernanke delivered it last week.

D’Arcy Capital views the Federal Reserve’s current ambiguity and shift to less Quantitative Easing as indication stock prices will continue to advance and interest rates will rise. To benefit during this environment the equity portfolios are maintaining a high sensitivity to the overall stock market (beta greater than one). D’Arcy Capital is migrating from defensive stock sectors to more growth oriented sectors. Additionally, bonds strategies will be positioned with higher coupons, low durations, floating rates, and shorter maturities.

The primary near-term outcome of the elimination of Quantitative Easing is volatility. Both stock prices and bond yields will see more ups and downs as investors adjust to higher interest rates. The recent market trend of consistently positive monthly returns by the stock market (Dow Jones Industrial Average has gained every month in 2013) will probably come to an end. However, the volatility does not mean the overall trend of higher stock prices is over. It only means the higher prices will come with greater fluctuations. Real Estate values may be vulnerable as mortgage financing gradually becomes more expensive. Ultimately, an end to Quantitative Easing should provide better reinvestment rates for bond holders and savings/money market interest rates that provide cash holders with more rational yields.