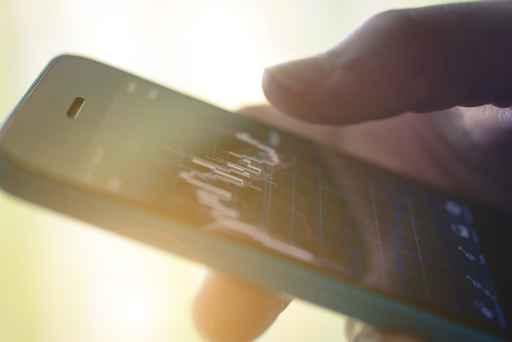 Investor’s anxiety is rising as December has started with four down days in the stock market (S&P 500 -1.05%) and three-out-of-four down days in the bond market (U.S. ten-year Treasury bond -1.03%). Typically, when four days like this occur at any other time of the year it does not get any attention. A one-percent drop in investments over a four-day period happens on a regular basis. However, because the stock market (S&P 500) has gained 29.12% in 2013 there is an emerging feeling among investors that December could be particularly “cool” to stocks. The fear is that the growth that occurred over the first eleven months will be given back in the final thirty-days.

D’Arcy Capital is managing strategies with the expectation that December will see increased stock market volatility and slightly higher interest rates but not a permanent change to stock prices. The 2013 stock market rally is not over yet. The details for this outlook are included below:

• Does the economic environment that existed for the first eleven months remain in place? – Yes. The fundamentals that have been supporting stock prices all year continue to exist. Corporate earnings are exceeding analyst’s estimates, jobs are being created, interest rates are low, and price-to-earnings ratios remain slightly below their historical average. These are not levels that create a high-probability of a major correction. The perceived pressures on the stock market in December are the same ones that have existed all year while stocks gained 29%.

• Is it possible that December will be a bad month for stock holders? Yes, of course. Any single month or quarter can have negative returns. Experiencing these down markets is the trade-off investors make for receiving excess rates of return over longer time horizons. However, something fundamental would have to change for the stock market to significantly reverse course and it hasn’t. The idea that “what goes up, must come down,” really does not exist in the stock market. December should experience more daily volatility as year-end tax planning occurs (although much less than in 2012), skittish investors seek to lock-in (or lock-out) profits, the Federal Reserve continues to indicate a reduction in security purchases, and government negotiations set for January and February become front-and-center.

• But if I sell my stocks now won’t I be able to “book” a 29% gain for the year and just start investing again on January 2, 2014? Probably not. By selling the unrealized gain of 29% it immediately becomes a realized gain and you will owe tax on it in April. Depending on your tax bracket your 29% gain may be cut in half because of the taxes owed. This reduces the amount you will have when you go to reinvest. Additionally, this December may actually be the best month of the year, decade, or century. Nobody knows. Seller’s remorse could be very high. Last year, the first trading day of January saw the stock market gain 2.55% in a single day. Missing just one day can have a big impact.

• The stock market is near an “all-time high.” Doesn’t this mean it has to retreat? Nope. Every value of the S&P 500 and Dow Jones Industrial indexes was an “all time high” at some point. The stock market contains an upward bias as a result of inflation. Years from now a Dow Jones Industrial Average value of 16,000 will seem tiny. The Dow broke 1,600 in 1986. I wonder if investors feared a correction from that all-time high.

• The Federal Open Market Committee (FOMC) has made it clear that it will reduce the amount of liquidity it is injecting into the economy (i.e. Tapering). Isn’t this bad for stocks? No. Although there is likely an indeterminable benefit to stock prices from the additional liquidity, a healthy economy needs interest rates that are higher than 0% (the current FOMC Fed Funds Target Rate is 0.0%). Rising interest rate levels signal a strong economy and can attract additional capital from foreign investors. Higher interest rates may reduce the demand for some stocks as savings accounts and money markets once again provide a yield. However, an orderly increase in short-term interest rates will not affect the valuation of a company’s stock. Investors should resist the urge to fear tapering. The opposite of tapering is the continuation of an economy on “life support.” An investable market that requires long-term government subsidies is sub-optimal.

• Is there anything that D’Arcy Capital is particularly focused on during the final month of 2013? Yes and no. We remained focused on valuing stocks and bonds on the pricing drivers that are highly correlated to their respective values (P/E ratios, Corporate Earnings, Consumer Spending, Employment, and Interest Rates). As these metrics change, the D’Arcy Capital portfolios will change accordingly. However, D’Arcy Capital is looking at the investing environment well beyond any single month.