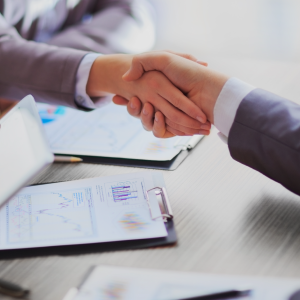 Yesterday, Donald Trump was elected United States President.  Nearly all of the surveys and pre-election voter polls indicated the new president would be Hillary Clinton.  Because of the surprise, stock markets initially sold off (similar to the United Kingdom vote to leave the European Union in June).  In the short-term investors prefer certainty and predictability.  The stock index futures for the Dow Jones Industrial Average dropped 800 points in overnight trading.  However, as it became clear the U.S. Presidential election was over, the financial markets returned to equilibrium.

In short, the stock market has remained steady because the long-term determination of equity prices are less dependent on what party is in the White House and more dependent on economic factors (which remain positive).  The transition from President Obama to President-Elect Trump will generate noise in the financial market and short-term sell-offs and rallies.  As time passes stock prices will continue to be driven by corporate earnings, interest rates, resource prices, employment data, and consumer spending.  The election of Donald Trump will be an important point in U.S. political history but will not generate a perceptible kink in the overall graph of stock prices.

D’Arcy Capital is confident that the current investment choices the firm makes will succeed with a Trump victory.  Our expectation is that interest rates will gradually climb and the economy will continue to improve.

Regardless of who was elected President, corporations will pay dividends, bonds will pay interest, entrepreneurs will use capital to create world leading companies and investors will be fairly rewarded for providing the capital.