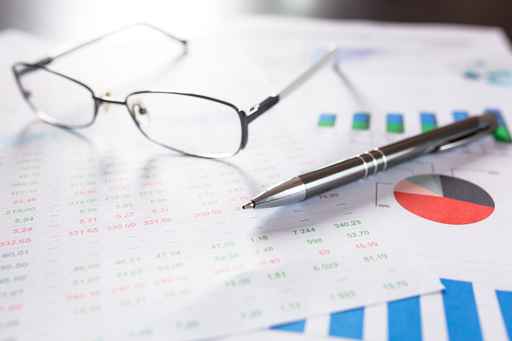 It has been six years since money market rates have yielded at least 1%. Money market funds dropped below the 1% level in March 2009 and stayed near 0% since then. The low investment yields are the result of the Federal Reserve continuing to target a 0% to .25% Federal Funds rate in an ongoing effort to stimulate the U.S. economy. Nearly all fixed income yields bottomed during this time. The ten-year United States Treasury note dropped below 1.5% in July 2012 and was recently as low as 1.67% in January.

There has been massive debate and widespread uncertainty about when rates might be increasing. Many predictions of the “normalizing” of interest rates have come and gone. However, now there are now clear indications that interest rates will be increasing in the near future. Since December 2013, the Federal Reserve has been “inching” along a path of increasing the Federal Funds target funds rate. After the FOMC meeting in December 2013 the committee announced it would be eliminating the open market bond buying activity known as Quantitative Easing III or QE3. The Federal Reserve gradually reduced the amount of bonds purchased every month until it ended it completely in October 2014. The completion of the tapering phase opened the way for an eventual tightening of interest rates. There was further indication that the Federal Reserve was moving to a rate rising bias when the word “patient” was removed from the FOMC meeting minutes in March 2015. Since that deletion it appears the FOMC is finally on the verge of increasing the Federal Funds target interest rate. The financial markets have moved in response to the Fed’s editing. Since mid-March the yield on the 10-year Treasury bond has gone from 1.86% to 2.25% (March 15, 2015 to May 14, 2015 – Bloomberg, LP). Although the exact timing of the increase in interest rates is unknown, it could be as early as June.

With open market rates increasing and the Federal Reserve planning to raise short-term interest rates by the end of the year, what should investors do and not do?

Do:
Review the bonds and bond funds in your portfolio. If you have a portfolio of individual bonds make sure the maturities of the bonds are widely distributed to include near-term, medium-term, and a few long-term bonds. Reduce the average maturity of your holdings to between 5 and 10 years. Because mutual funds do not have final maturities it is more important that you have the right funds. Be sure to include inflation protection funds, floating rate funds, and short duration funds into your portfolio. Sell funds with high average durations or long average maturities.

Fix your liabilities. The majority of homeowners with residential debt have refinanced into lower rate mortgages within the last twelve months. If you have not refinanced, you should review your situation and see if you would benefit by refinancing. The current rates may be the lowest available for a long time. Additionally, borrowers should insist on a fixed-rate mortgage that is paid off in fifteen or thirty years.
Manage floating rate debt – If you are enjoying a low interest rate on a credit line, margin, or credit card make sure you can easily pay off the debt when the interest rate you pay starts to increase. If paying off these balances is not an option, inquire about exchanging the floating rate debt for fixed rate debt. Owing money on a floating rate loan can get very expensive when the monthly payment continually gets higher.

Make sure you have the maximum exposure to stocks that your individual situation allows. If your target allocation to stocks is 70% review your portfolio to make sure the stocks are not underweight. Stocks have the ability to adjust to higher interest rates and higher inflation.

Don’t
Abandon your investment strategy. Make sure to stick with your investment strategy and keep a full allocation to stocks. Over time stocks have the ability to keep pace with inflation. The last time the Federal Reserve went through a tightening cycle the stock market gained over 30%. From December 2003 to December 2006 the FOMC raised the target Fed Funds rate from 1% to 5.375%. During this same period the Standard and Poor’s Index of 500 stocks gained 34.63% (including reinvested dividends – Bloomberg, LP)

Sell all your bonds. Bonds are a great diversifier and moderate overall volatility. It is very important to know what type of bonds and bonds funds you own during an interest rate up cycle, but trying to time the selling and buying of bonds is impossible. It is also possible that something unforeseen occurs and rates do not rise. For these reasons it is smart to keep a bond allocation.

Keep high cash balances. If interest rates rise and inflation increases, the purchasing power of cash will fall and it will be harder to catch up. Cash balances should be allocated to some form of appreciable assets.

Be in a hurry to buy residential real estate. Individual family home values can be very sensitive to interest rate changes. For most buyers, affordability is based on home price plus the financing cost. If financing costs increase then the price will have to decrease to generate the same level of interest. If possible, consider commercial real estate or multi-family housing that is more dependent on the overall economic cycle and less on the interest rate cycle.

Panic. Short-term interest rates have cycled up and down for decades. The movement of rates is an important stabilizer of economic activity. It is a positive sign that the U.S. economy can now support higher yields. Ultimately, higher interest rates can benefit savers and investors through higher bank rates and bond coupons. The important thing to remember is that higher rates are not bad. There will be short-term financial market volatility as stocks incorporate the interest rate levels, but a higher interest rate complex is not to be feared.