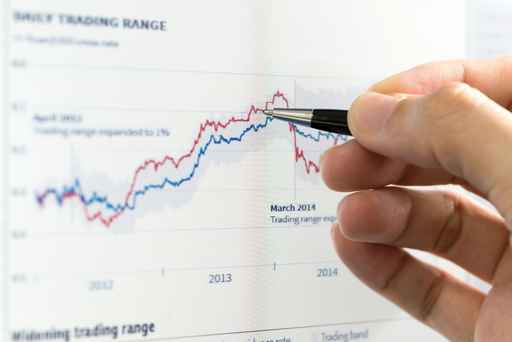 Ever since the Dutch East India Company became the first business to be publically traded over 400 years ago there has been uncertainty, volatility, and skepticism when investing in stocks.  The other constant over that time is the value of stock markets has appreciated.  Thankfully, this is true over shorter time periods as well.  The reason stock markets appreciate is that they inherently hold an upward bias.  Contrary to some popular opinions investing in stocks is not a 50/50 proposition, a roll of the dice, or a zero sum game.  Instead, stock markets represent one of the most clear and undeniable upward trend of any investible asset.

Why does an upward bias exist in the stock market?

Work Ethic – Do you head to work every day trying to make your business or company you work for less valuable and operate more inefficiently?  Probably not.  We often forget that people who work at companies whose stock we invest in are just like us.  They work hard every day and are trying to make themselves and their employer more valuable.  There is a strong bias for employees to be efficient, work hard, and make their companies financially healthier.  This bias comes in the form of employee compensation, promotions, raises and bonuses.  Employees are incentivized to increase the value of their company and face repercussions for performing poorly.

Demand for Stocks – In 2011 Employee Benefits Research Institute reported that 59% of workers save for retirement (unfortunately a surprisingly low number).  However, the number of workers consistently increases over time.  In 1992 the U.S. workforce was 109 million and in July 2012 it was 133 million (U.S. Bureau of Labor Statistics).  The simple fact is that there continues to be more and more people in the world.  With more people there is an increased demand for stocks which causes stock prices to climb.  Even with just 59% of employees contributing to IRAs, 401Ks, or SEPs the demand for stocks can rise quickly as the population grows.

Why we may have forgotten about the upward bias in stocks?

Framing – Stock cars will start making right turns, it will rain today in Southern California, and the Cubs will win the World Series.  All of these predications are statistically improbable.  History has proven the opposite of these outcomes is more likely to occur.  Most people would question the competency of anyone who consistently made the aforementioned predictions.  However, equally improbably is that the stock market will decline over significant time periods.  Yet, when experts make these doomsday predictions the public immediately provides them with credibility.  It is easy to explain since a collapsing stock market would be far more impactful to our life goals than it raining daily in Southern California (at least for most of us).  Additionally, extreme prognosticators get more airtime than calm statisticians.  However, over the last 50 years the stock market has finished each year positive 35 times (70%) and negative 15 times (30%) (Dow Jones Industrial Average – Bloomberg, LP).  A 70% winning percentage over 50 years clearly demonstrates an upward bias.

Media – Negative news draws more viewers than positive news.  This is true for local news, national news, and financial news.  On July 24, 2012 Apple announced earnings that were 10% lower than the consensus earnings estimate of analysts who follow the stock. This “miss” dominated the afternoon financial programing and experts were summoned to analyze this failure and what impact it would have on global financial markets.  What was not covered by the same program was that 41 other companies in the Standard and Poor’s 500 Index also reported on July 24th and 29 of these company’s earnings exceeded the consensus analyst estimate.  For all 42 companies that reported second quarter earnings on that day, the average amount each company exceeded analyst estimates was a positive 8.6% (Bloomberg, LP).  In short, fear and uncertainty hold viewers and sell commercial time.  If the financial network broadcasts the overwhelming positive growth in corporate earnings people would not feel compelled to watch but might instead choose to go shopping.

What are we doing to help our clients take advantage of the upward bias in the stock market?

Keeping you invested – Keeping you invested in a strategy that is designed to help you accomplish your goals.  With an upward bias in stock market movements it does not make sense to try and sell to avoid the downturns.  According to Ibbotson Associates if an investor stayed invested in stocks from 1992 to 2011 there annualized return would have been 7.8% per year.  If these same investors had missed the 10 best performing days during the twenty year period, there annualized return would have only been 4.1%.  There has always been more harm in getting out of stocks than staying in stocks.

Staying diversified – If you only own a small number of stocks you can be irreparably impacted by a failed company.  We keep you invested in hundreds of different stocks so that the failure of a company will have little overall impact on your portfolio.  We also include bonds in the portfolio to help reduce the volatility associated with stock investing.

Investing in underpriced securities – With an upward bias to the stock market doesn’t it make sense to buy the mostundervalued investments?  Of course it does.  While staying diversified we look for opportunities to overweight sectors that are temporarily underpriced.  This can require a fair amount of courage as there is usually a measure of fear or trepidation that accounts for the current discount.  Presently, we have identified the financial and healthcare sectors as being undervalued and have over-weighted them for our clients.

With over eighty years of data it is clear the stock market has moved significantly higher over time.  This is not a phenomenon.  As described above there are identifiable reasons why this is true.  Instead of fearing the volatility of the stock market, investors should embrace the upward bias attribute and use it to their advantage.